This program focuses on entrepreneurship in the Arusha region, analyzing women’s empowerment programs, grassroots initiatives, and larger corporations within the context of the country’s layered cultural, historical, social, political and economic frameworks. In the Tanzanian context, utilizing an intersectional framework is key to understanding business practices and entrepreneurship. An intersectional perspective of business recognizes that various factors (for instance, race, class, gender and culture) intersect to form, perpetuate and transform the economic realities of people’s lives.

Tanzania is home to several natural wonders, including the Serengeti, Africa’s highest peak, Mount Kilimanjaro, and Africa’s largest lake, Lake Victoria. Tanzania is one of the most politically stable countries in Africa, currently under the leadership of President John Magufuli.

The country boasts an incredibly diverse population, with more than 120 ethnic groups and a diverse range of religions. Arusha, the city where this program will be based, is the ideal launchpad from which to explore business. The city is a bustling center for trade, international diplomacy and multiculturalism, but it is also ideally situated near the northern safari circuit, in close proximity to some of the greatest national parks and game reserves in Africa and a variety of urban, peri-urban and rural areas.

Inspired by her mother who used to receive and help poor people, vulnerable children and elders, Martina Siara grew up with the same heart to help those in need.  In 2006, after working for HSH (Help to Self-Help Vocational Center), Martina started Faraja Center along with family, neighbors and friends to support victims of human trafficking – young single mothers and girls who are at risk of early marriages who need assistance.

She provides these women with basic business skills to help them to initiate self-reliant projects after graduating from the Center.

Margaret has a Master’s degree in chemistry and a diploma in Education. She was the Education Program Manager of an International NGO but decided to leave that career path to pursue Special Education in order to provide education and a flourishing life for her autistic daughter, Ruth. She is now the Executive Director of Step By Step Learning Centre which has been providing education and medical care to children with disabilites since 2005.

What she loves most about her work is watching her students begin to improve from the work at SSLC and overcome the challenges they are faced with. The SSLC has recently embarked on various entrepreneurship initiatives to assist students who are graduating at the school.

Chris Pilley lived a life of travel and adventure for many years using his carpentry trade on and off to finance such wanderings before settling in Africa. During his globetrotting/backpacking days he picked up a lot of great ideas and concepts related to tourism adventure enterprises. Chris was involved with the backpacker market and also worked with a volunteer organization that brought out international volunteers mainly from the UK for 10 week periods (to assist with small scale projects working with the Maasai of Esilalei and wildlife data collection for Africa Wildlife Foundation). These projects have continued to grow and prosper through the development of the tented camp ‘Isoitok Camp Manyara’ located in the same area as the Maasai community of Esilalei.

Here Chris focuses on the projects which are there to improve daily living standards without interfering with or affecting age old cultural beliefs. The projects are funded through private funding and also through Isoitok Camp’s own Village Development fee charged to all guests that stay at this award winning camp. 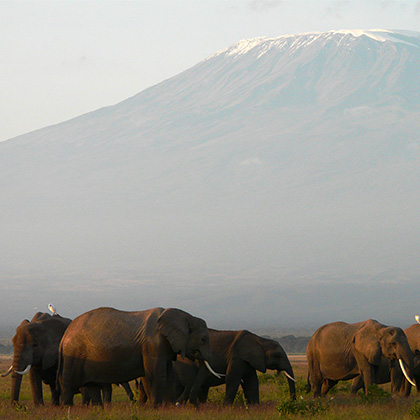 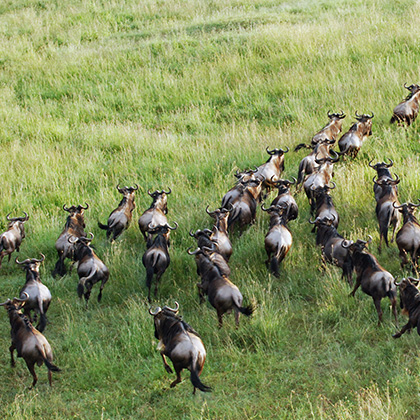